On view from January 25 – August 9, 2020 at Kunst Museum Winterthur, Standard Deviations marks Walead Beshty’s first solo museum display in the German-speaking world. Regen Projects is pleased to host an exclusive digital presentation of this milestone exhibition, which reopens May 12.

Presenting several new works by Beshty for the first time, Standard Deviations places particular emphasis on the artist's current output. A portion of the exhibition is also dedicated to surveying Beshty's notable early works, such as his photograms — which first brought him to international attention — as well as works from his well-known FedEx series.

The exhibition in Winterthur was curated by Lynn Kost and created in collaboration with MAMCO Geneva. To commemorate the co-presentation, a new, comprehensive monograph will be published by Koenig Books.

"Beshty accepts the multi-contextuality of art in society and the inherent difficulty to formulate valid statements through art. His work does not comment on the world or explain it. His works simply bear witness to their own existence by being physically present, circulating in the system, and literally portraying them." 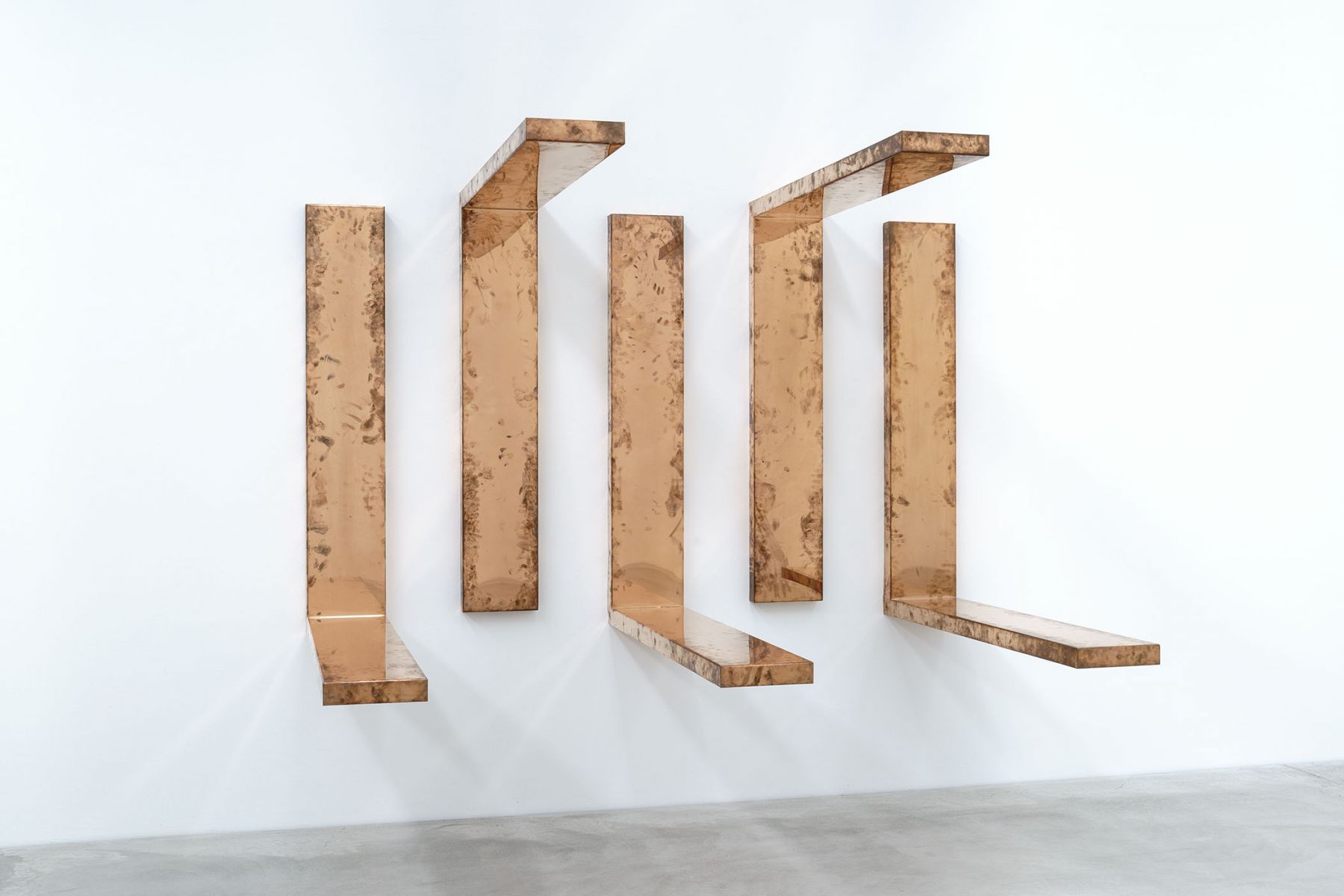 Copper Surrogates
The art handling-based Copper Surrogate works are polished raw copper panels that are handled with bare hands during their installation and deinstallation, causing the surface of the panels to patina where they come into contact with the bodies of the installers. The Copper Surrogates propose a continuity between the installation and display of the work and the work’s physical appearance, drawing these aspects of the “life” of a work of art together—aspects which are usually treated as discrete. To this end, the works cannot ever be mistaken for existing in isolation; one must accept their dependence on their immediate surroundings and the labor used to install them. What is more, they cannot be seen as separate from these elements; their immediate environment is worn on their reflective surfaces, as are the marks of the hands that installed them. 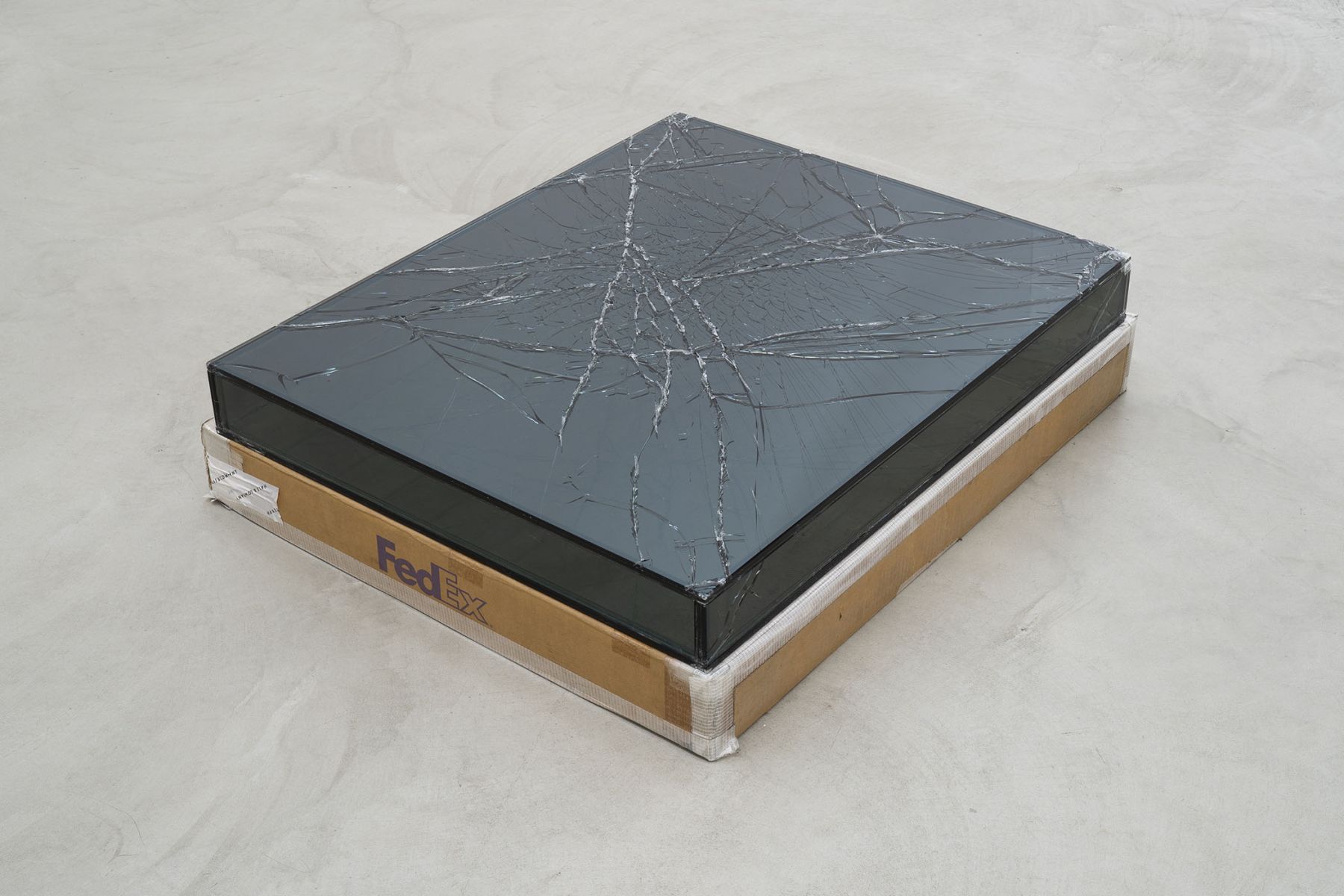 FedEx Works
Despite operating largely out of public view, the circulation of artworks is dependent on an expansive international system that is as central to their display as any other conventionally acknowledged material support (such as frames, plinths, walls, or architecture). The division between the work of art and its means of circulation has always been arbitrary—artworks have always been embedded in a transactional distributive network, and have always been informed, i.e. been given form, by this network. This reliance has only grown increasingly significant as art circulation has become more global and rapid, and artworks have become accepted as both an asset class and financial tool. The FedEx works imbued these circulation systems within the artwork, making the support part of the active production and reception of the work. In short, the transport is a visible part of the work, a necessary element of the work’s “appearance” and is indistinguishable from the work itself. There is, in fact, no work without transaction and transmission, whether concrete or abstract. Furthermore, the airway bills, customs forms, and pro-forma affixed to the works indicate the provenance of the work and the system of obligations that support the travel of the work, as each form indicates an agreement between parties centered around the object. Thus, the work is a form of contract between parties, and this contract, like the transportation system it is a part of, is a necessary and unavoidable component of the work of art.

Non-Pictorial Photographic Works
The non-pictorial photographic works began out of an attempt to collapse the distinction between depictions and their material support by using the paper itself to define the forms. Depending on the size of the paper, the forms on its surface will be different (whether they are curled, folded, or crumpled), because each piece of paper is only manipulatable in ways that are specific to it. The distinction between what is represented on the surface of the photograph and the photographic material is removed (unlike a normal photograph, where the picture and the material support are kept conceptually separate). Furthermore, the paper acts like a conventional negative, casting an image of itself onto itself, further eliminating the separateness of "image" and material. This causes some instances where a literal fold or curl in the paper is echoed by a shape describing that fold or curl, while in other instances, this produces shapes that are not directly manifest in the topography of the paper. In the instances where the form shown on the surface is discontinuous with the surface the form is on, the paper has served as a “negative” that produces an image of itself on its surface. It could be said that the paper cast a shadow of itself onto itself, and because the paper is photographic, this momentary “shadow” can be fixed in place. 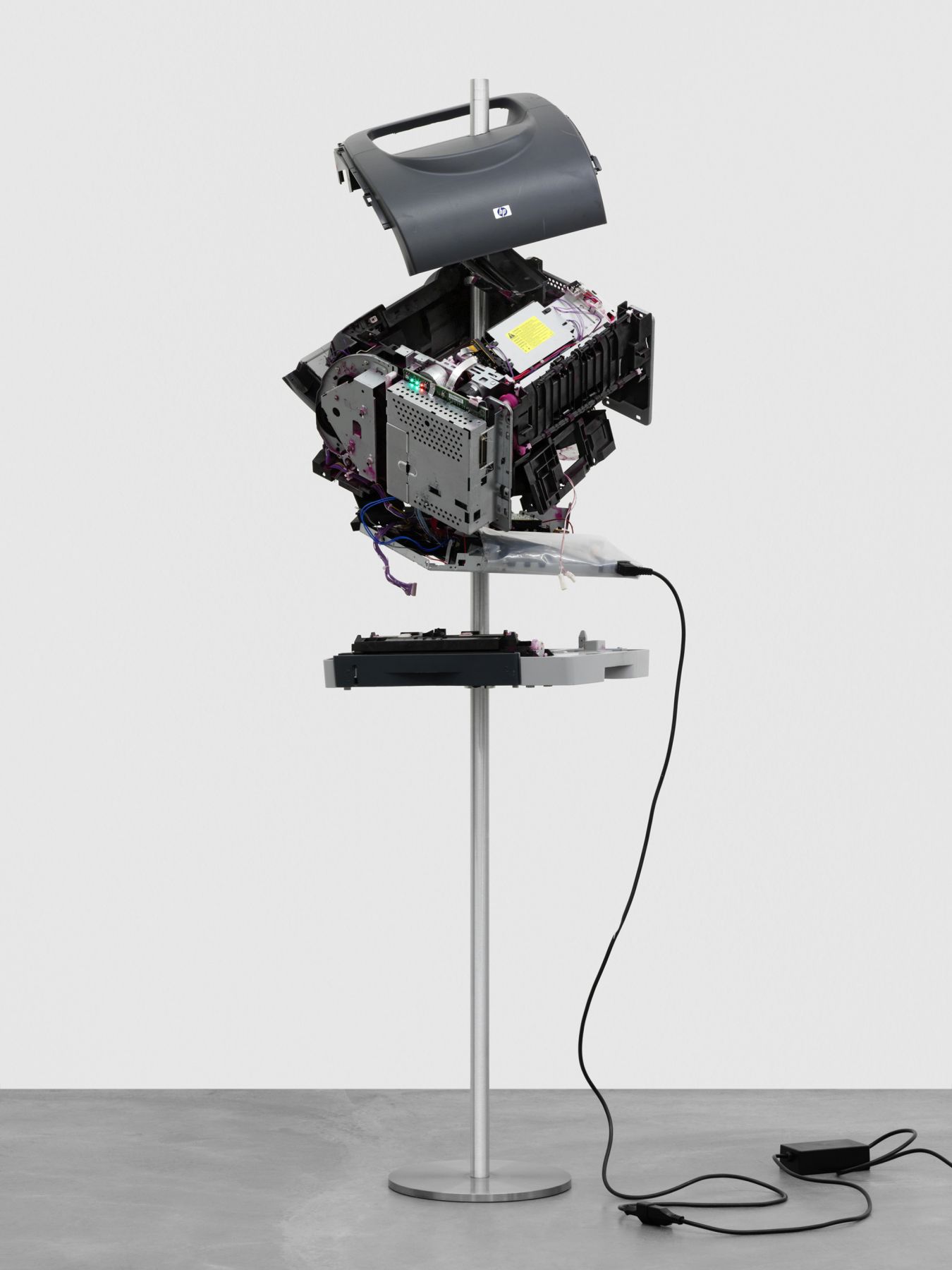 Office Works
The Office Works are produced from outdated or out-of-use electronics from the artist’s studio or exhibition spaces. The machines are drilled straight through the object using a diamond-head drill bit. The components of the object are then disassembled and arranged at intervals on a 1 1/4-inch diameter steel dowel and mounting stand. Electronic connections between components are then reconnected and the work is powered on, resulting in the machine persisting in its attempt to operate. Error codes, beeping, and repeated attempts at startup are part of the normal functioning of the work. The height of the stand is the height of the artist. Misuse of these objects produces an unexpected uncanniness and that logic is extended to the point where they stand upright like other figures in the room and continue to be animate. That tension between the impulse to anthropomorphize technological objects, and then, the base fact that these are just things, is the tension that animates the work.

"Interdependency is an important aspect of the work, a way it points outside the boundaries and partitions around the art object. It’s also a matter of using existing procedures in a way that was not intended … to take systems that are meant to be neutral, mute carriers and show how they 'inform' the things which they transmit or circulate, how they permeate our experience of objects."