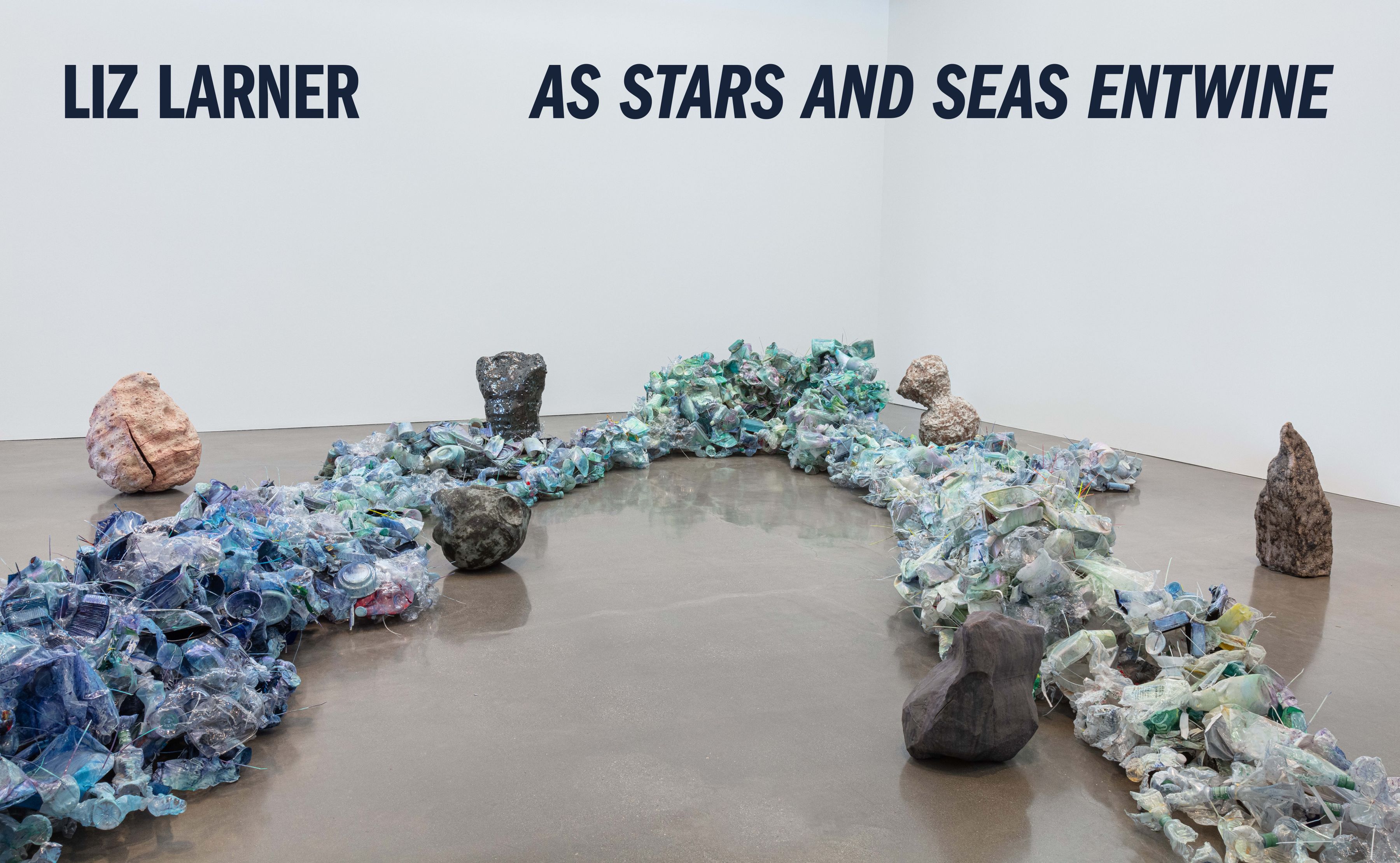 “Plastics…were used in furniture, clothing, containers, appliances, just about everything. Sometimes the poisons leached into food or water and caused cancer, and sometimes there was a fire and plastics burned and gassed people to death…. The only place that has enough of it to be a real danger is right here.”

Regen Projects is pleased to present As Stars and Seas Entwine, the eighth solo exhibition by Los Angeles-based artist Liz Larner, whose deep research-based practice is united by a continual exploration of form, material, and color. This exhibition will debut one of the new large-scale floor sculptures and a number of ceramic works that will be included in Below Above, a forthcoming museum exhibition at Kunsthalle Zurich in the summer of 2022.

The works on view reveal Larner’s acceptance of Posthumanist thought that the Anthropocene induces as the world becomes beleaguered by rapidly depleting resources and the massive waste that accompanies our extractive industries. Meerschaum Drift, 2020–2021, a large, low floor sculpture constructed of plastic refuse Larner collected over the course of three years, seems to billow and surge through the space like seafoam. Serving as a meditation on the pervasive and exponential presence of plastic in the world, the sculpture is at once beautiful and horrible, a complex combination that evokes the pathos of its material. Plastic-derived acrylic paint applied to its surface gives the sculpture the overall sense of movement in color from deep blue to green to white, evoking the ephemeral quality of sea foam for which it is named.

As hinted to in the exhibition’s title, a new series of Asteroid works conjunct the same space as the Meerschaum Drift. These free-form ceramics embody the terrestrial material of their making while illuminating celestial qualities of asteroids, apparent in their form and unearthly looking glazed surfaces. The works stand for the many known and unknown bodies moving in space which contain the real possibility of violent collision, even as their presence and number in our solar system are always being discovered. Investigating the diffractive relation between human experience, cultural forms, material ecologies, and the natural world, Larner’s Asteroids embody a small piece of the heavens as art and ask us to consider our connection to that which is known but is not always seen. 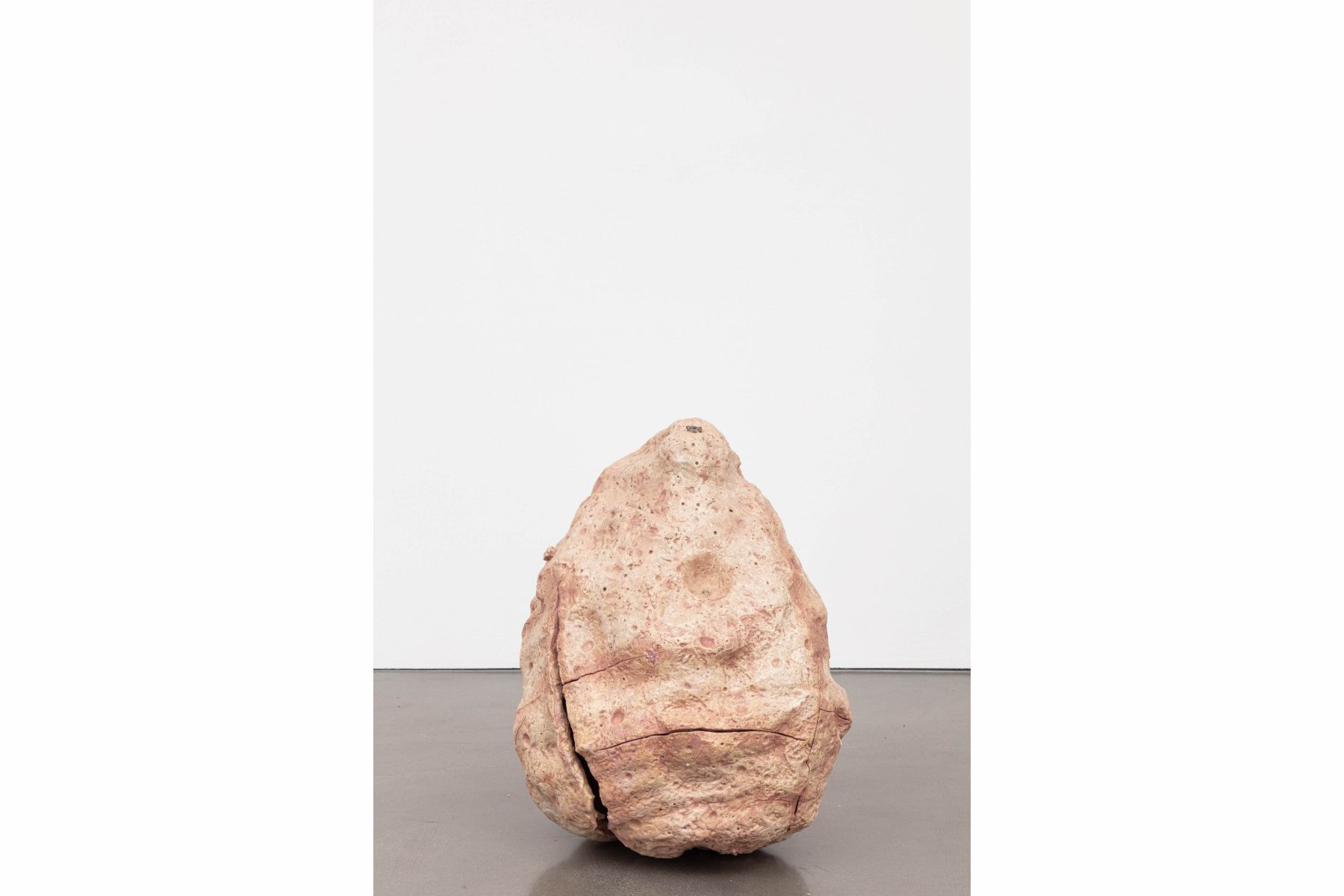 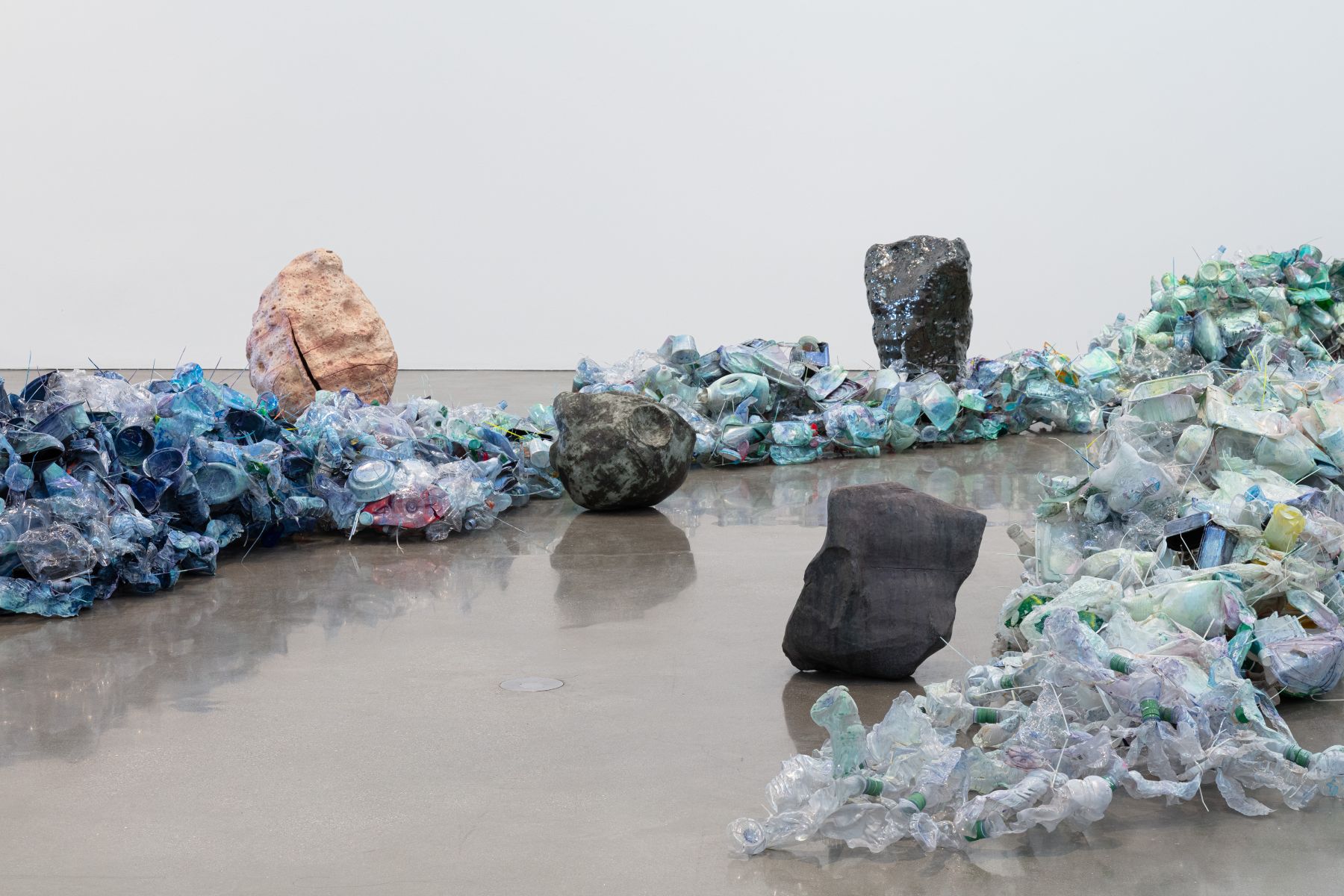 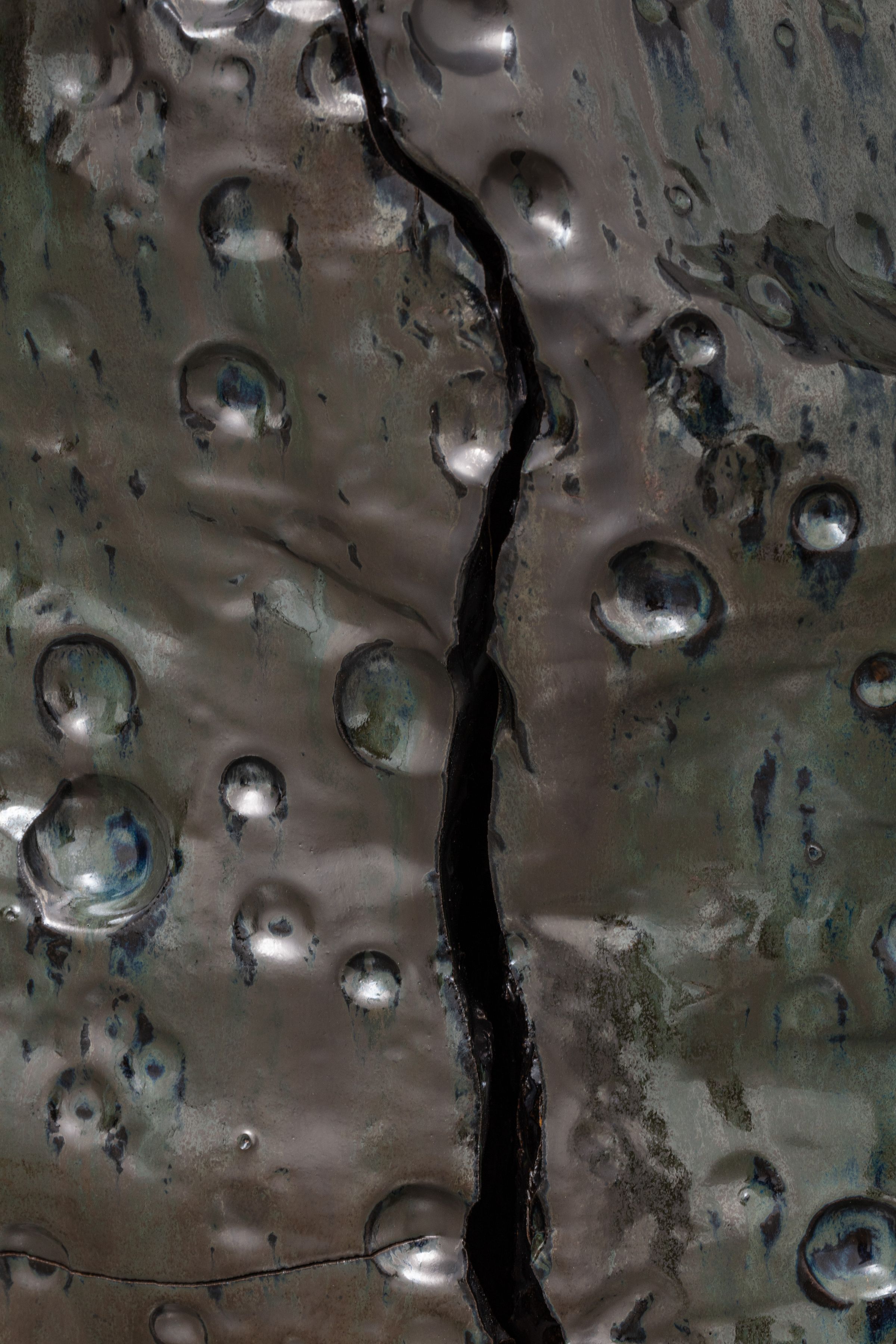 
"There is a pushing and pulling back and forth between the impulse to order and the countervailing allure of surrender to looseness and disintegration. Despite her almost dazzling virtuosity, Larner always wants what she makes to lead out of form and into a broader context. 'I still want to have an object,' she has said, 'but I don’t want a recognition of form—the external shape of the object—to be the primary element of my sculpture.’" 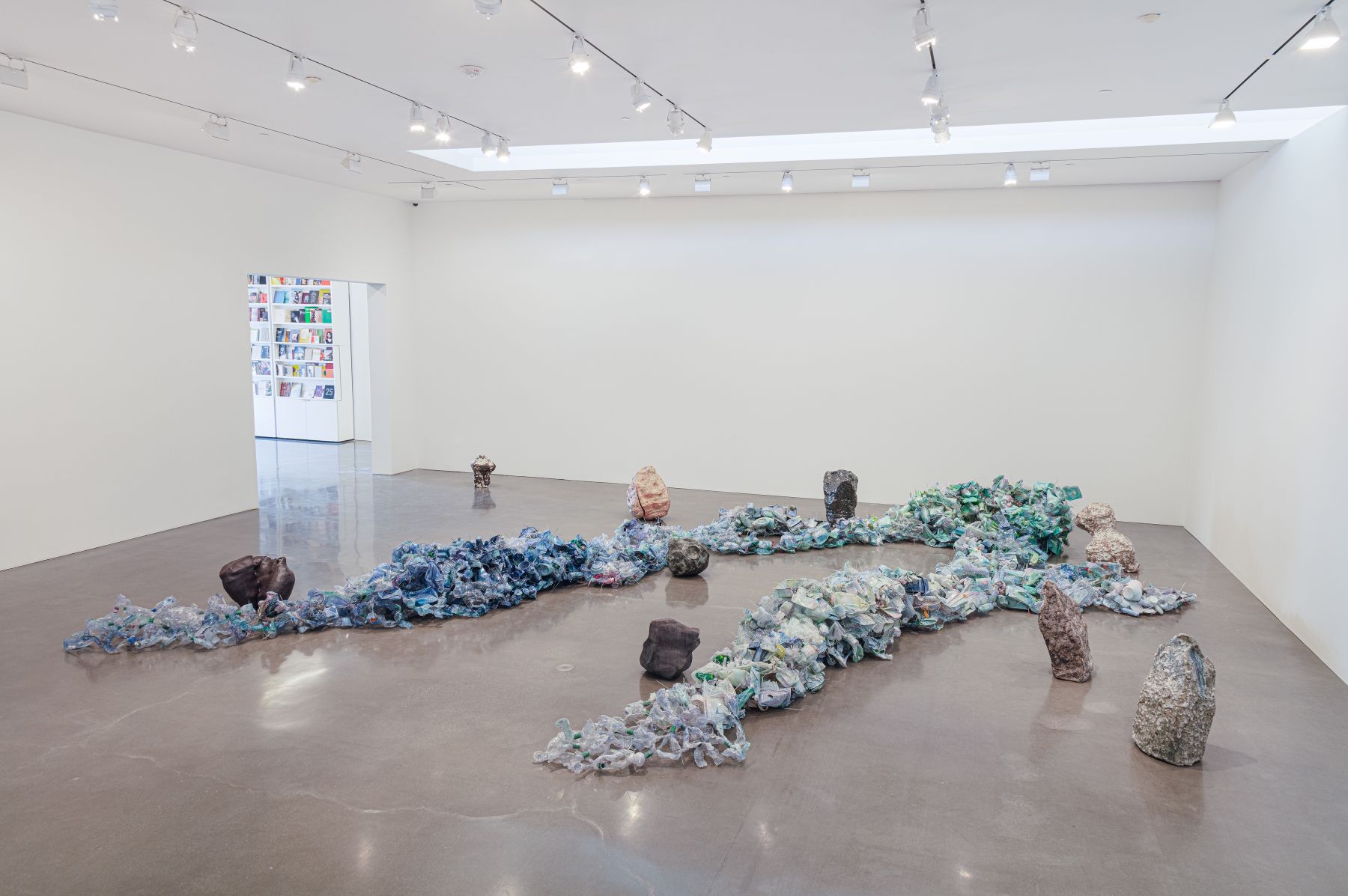 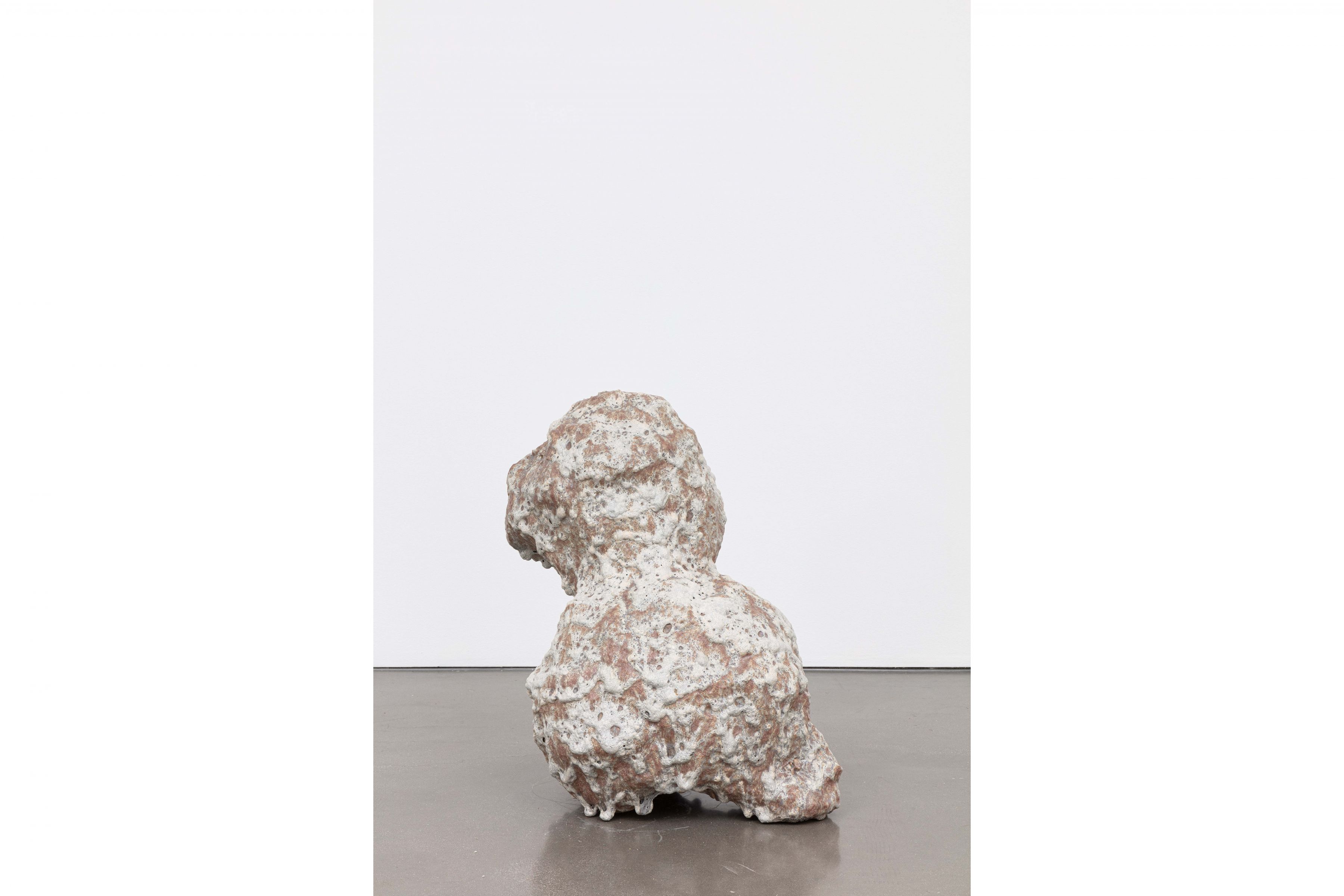 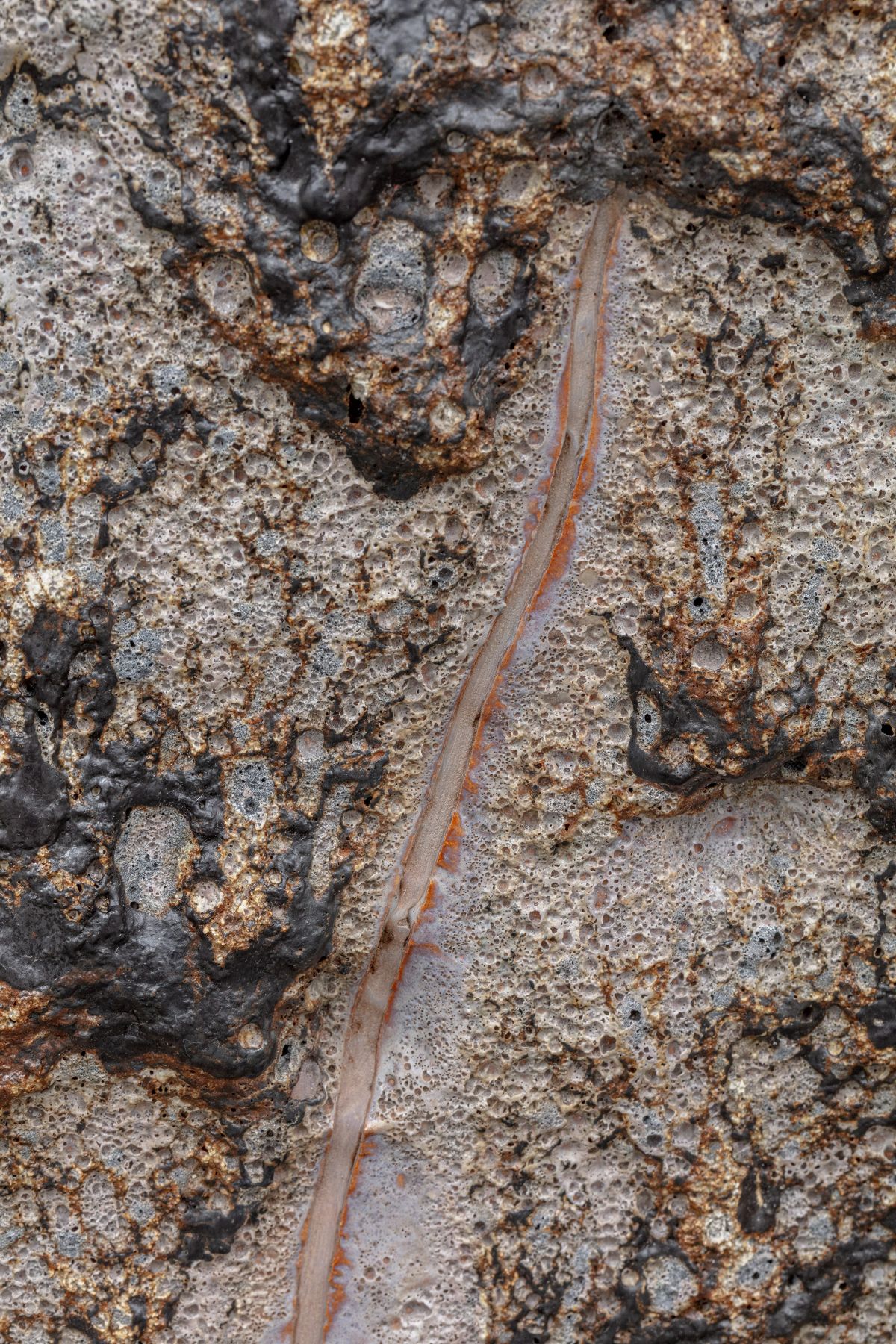 
“'Crystalline,' ‘woven,' or ‘vegetal' would be some of the terms one might use to describe [Larner’s] works. Natural history comes to mind, but also the latest product technology and science fiction. It is interesting to see how Larner, in her very unique sensitivity, began to set herself apart from other protagonists of contemporary sculpture, finding a position all of her own in the process. She delved deeply into the materials, eliciting idiosyncratic narratives, often with wit, sometimes with a certain drama.”

— Peter Pakesch, "Material and Painting in Sculpture: On the Ceramic Works of Liz Larner" in Liz Larner, 2016 (Galerie Max Hetzler and Holzwarth Publications) 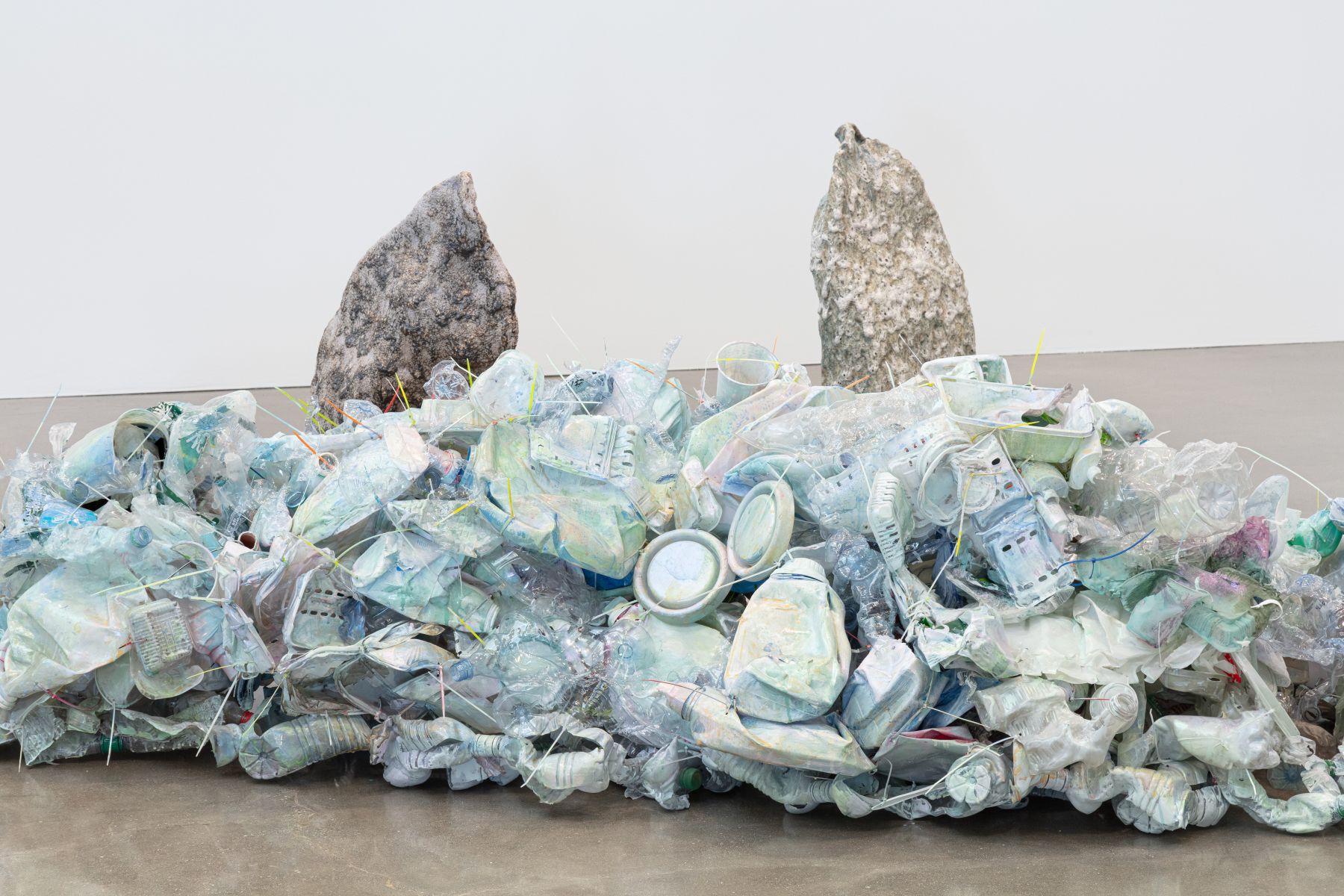 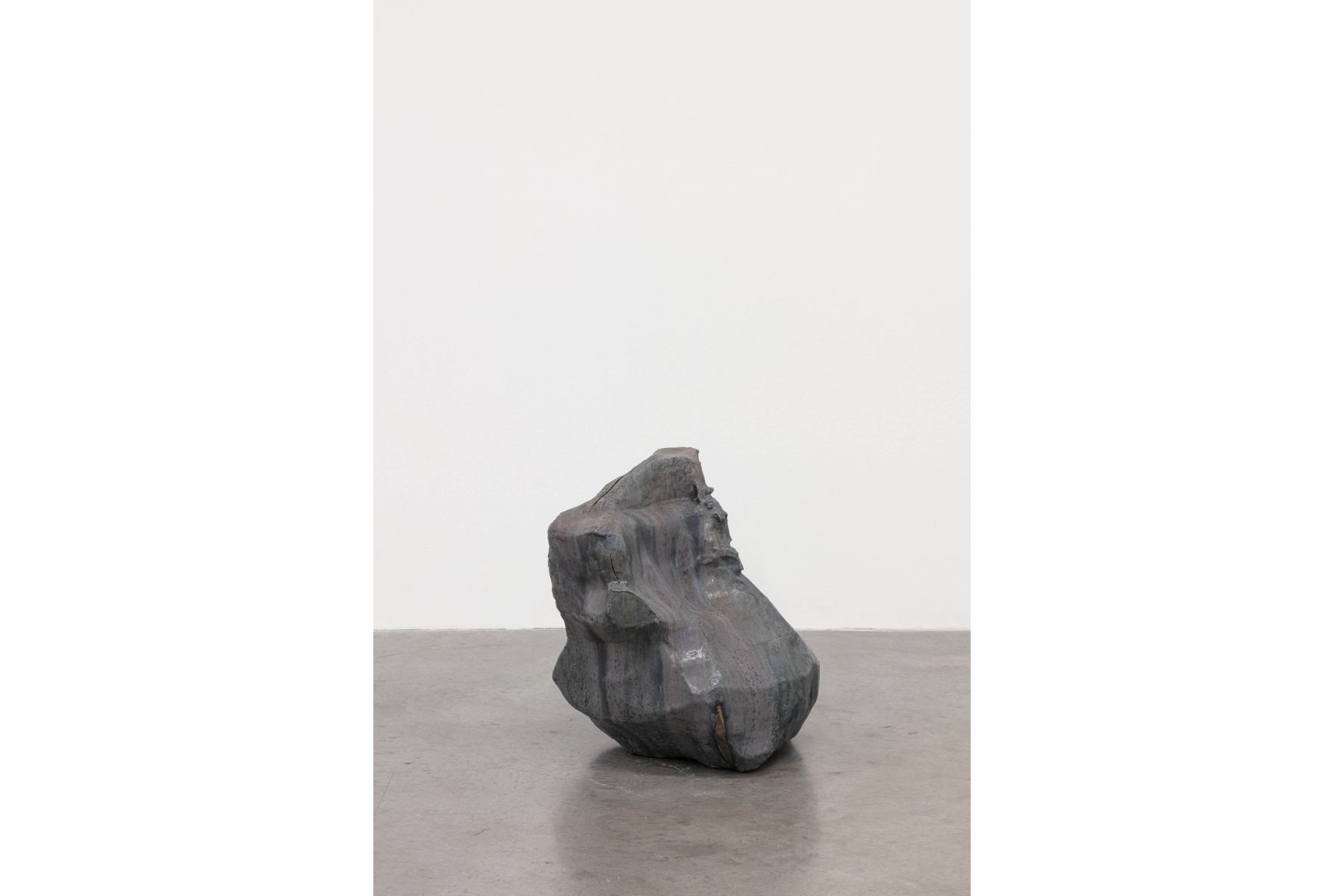 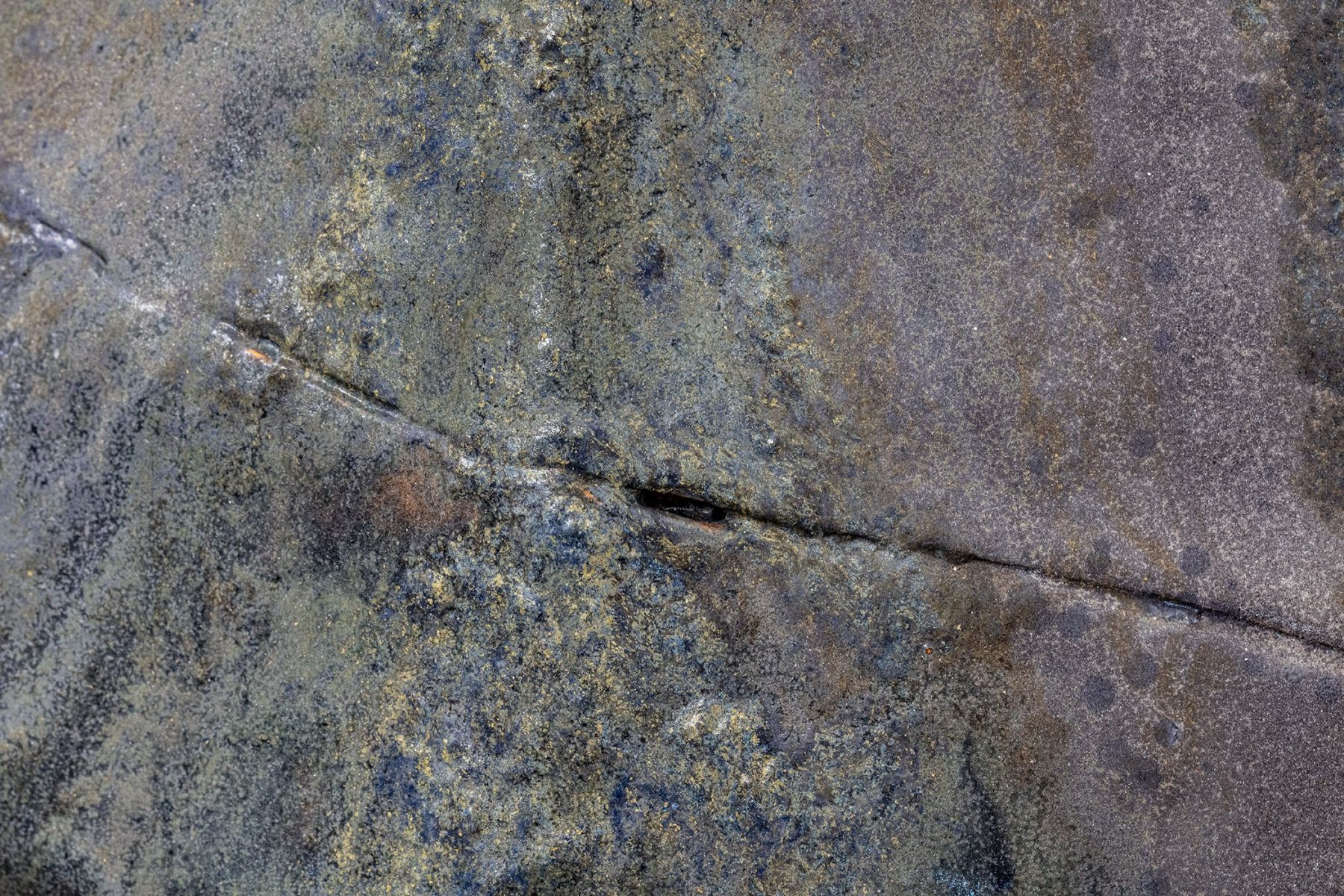 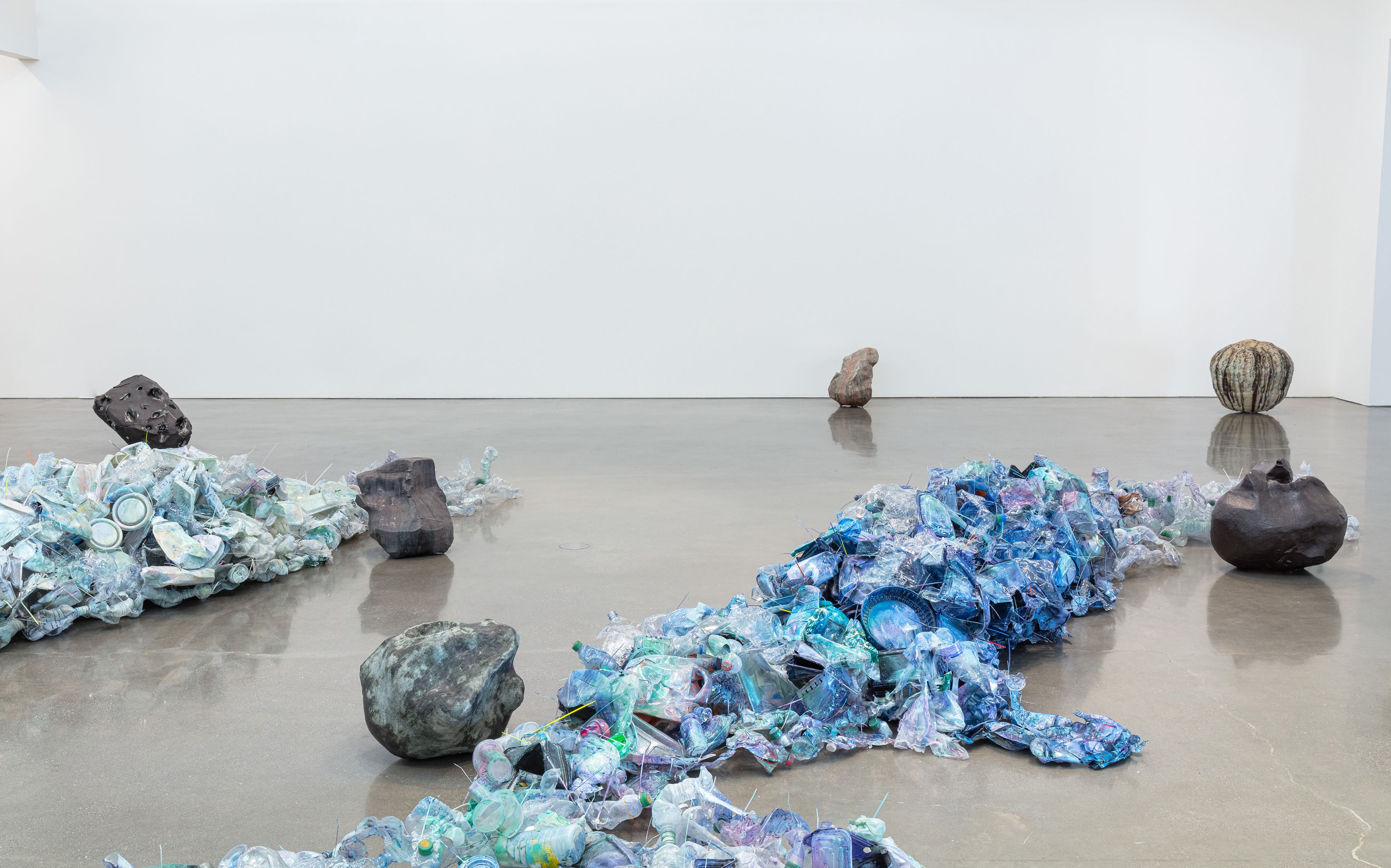 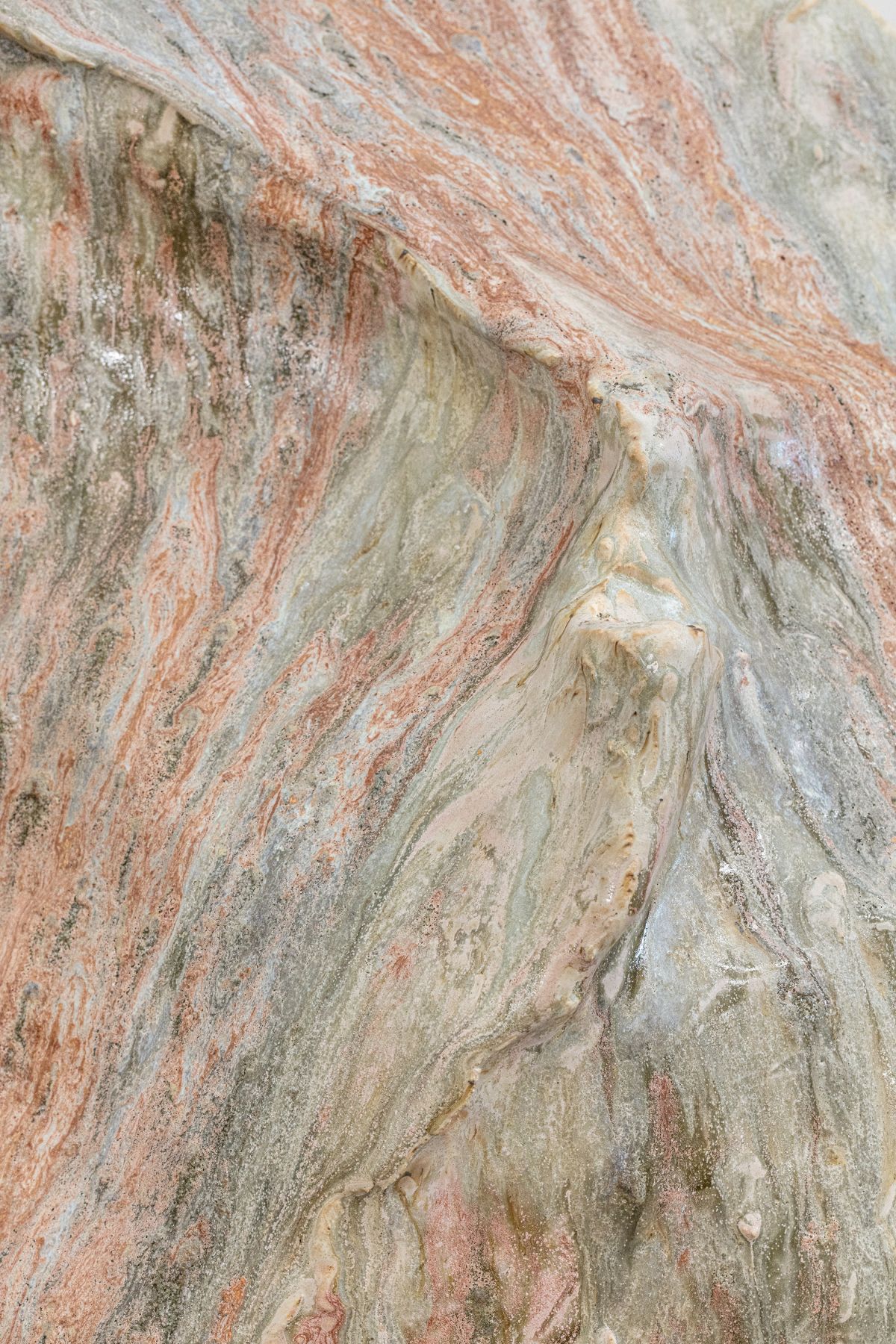 
"Larner is more engaged in the idea of a relationship between the artist and the viewer. The physical presence of the viewer in relationship to the three-dimensionality of the sculpture creates an environment that inevitably encompasses the social as well as the individual." 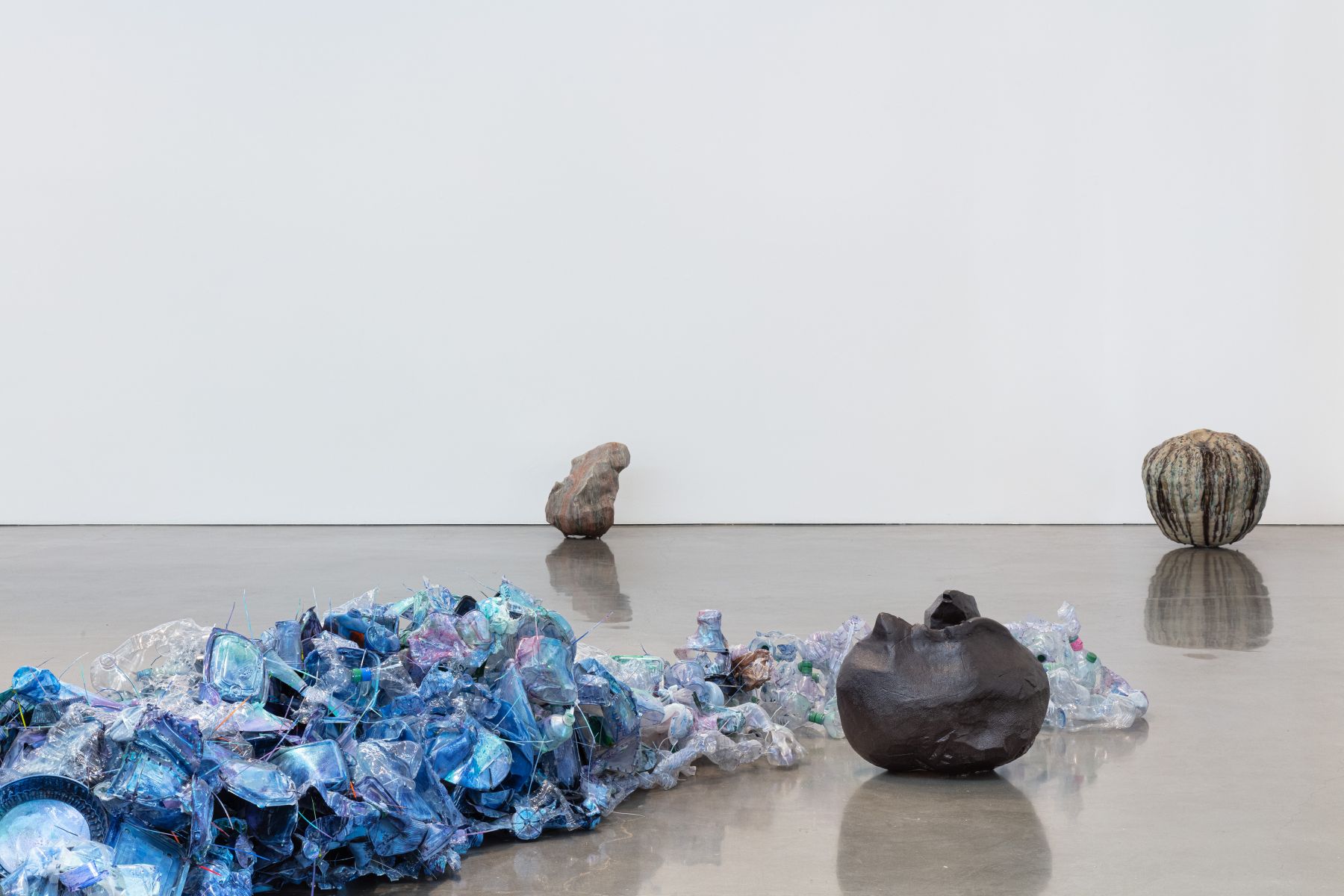 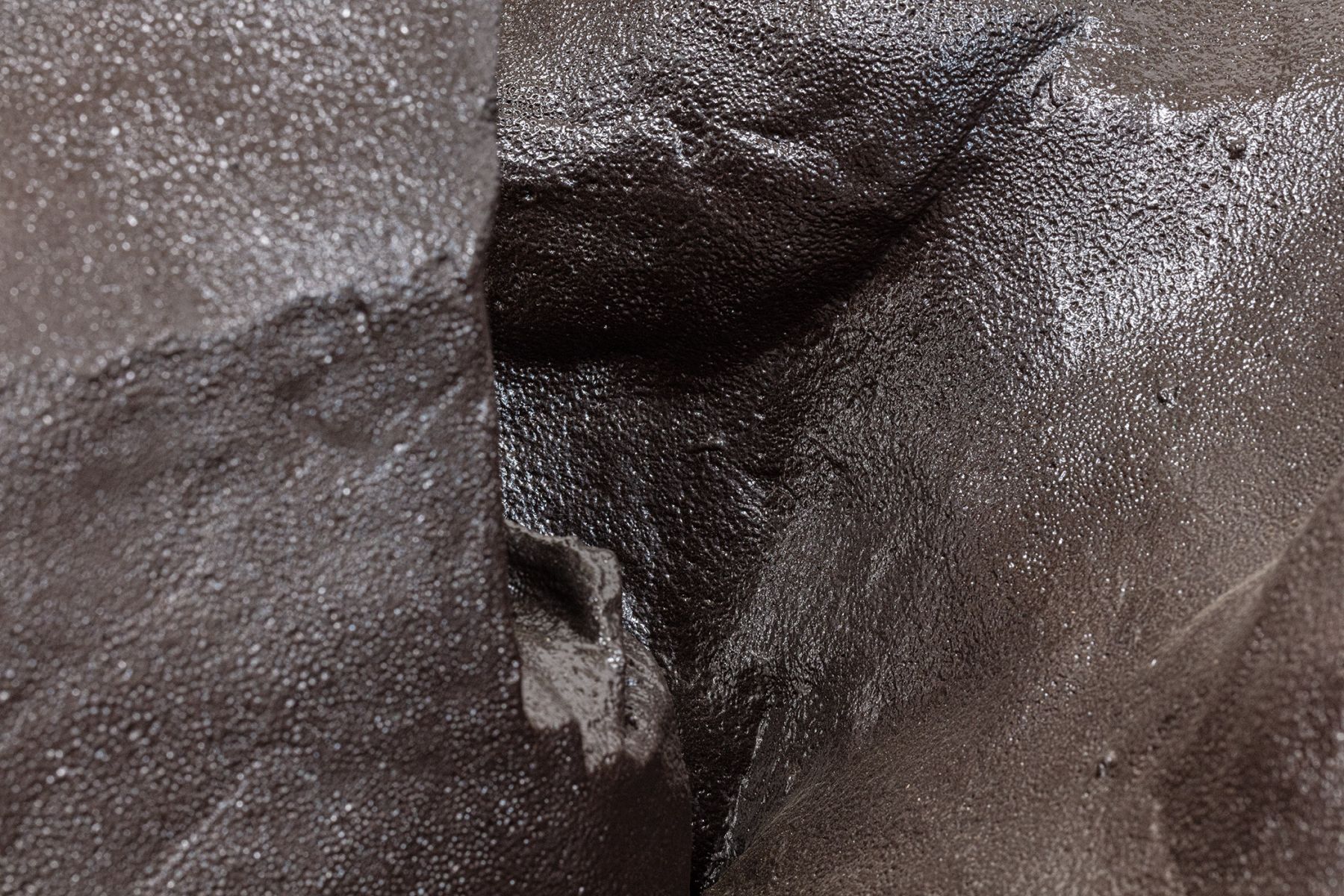 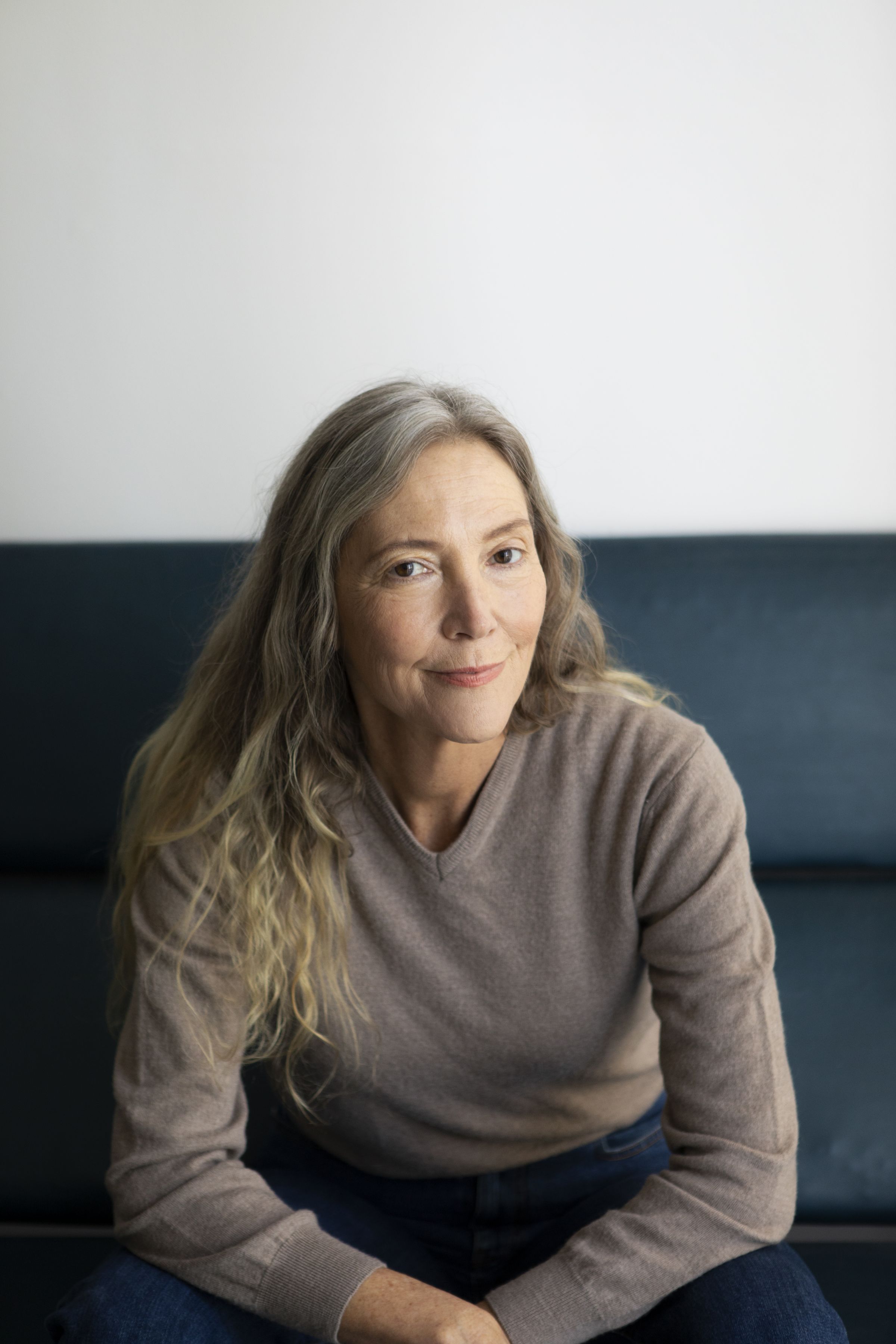 Liz Larner (b. 1960) received her BFA from the California Institute of the Arts in 1985. She lives and works in Los Angeles.

Larner’s work will be the subject of a solo museum exhibition at SculptureCenter in New York in January 2022 and Walker Art Center, Minneapolis in April of 2022. A solo presentation of her work will be held at Kunsthalle Zurich in summer 2022. Previous solo and two-person museum exhibitions include Aspen Art Museum (2016); Art Institute of Chicago (2015); Two or Three or Something: Maria Lassnig, Liz Larner, Kunsthaus Graz, Austria (2006); Museum of Contemporary Art, Los Angeles (2001); I Thought I Saw a Pussycat, MAK—Museum of Applied Arts, Vienna (1998); and Kunsthalle Basel (1997).

She has been the recipient of numerous awards including the Mutina This Is Not a Prize (2018); the Nancy Graves Foundation Grant (2014); Smithsonian American Art Museum Lucelia Artist Award (2002); Anonymous Was a Woman (2000); and a Guggenheim Fellowship (1999).

On Art and Its Ecologies: Liz Larner in Conversation with Anne Reeve
February 10, 2021