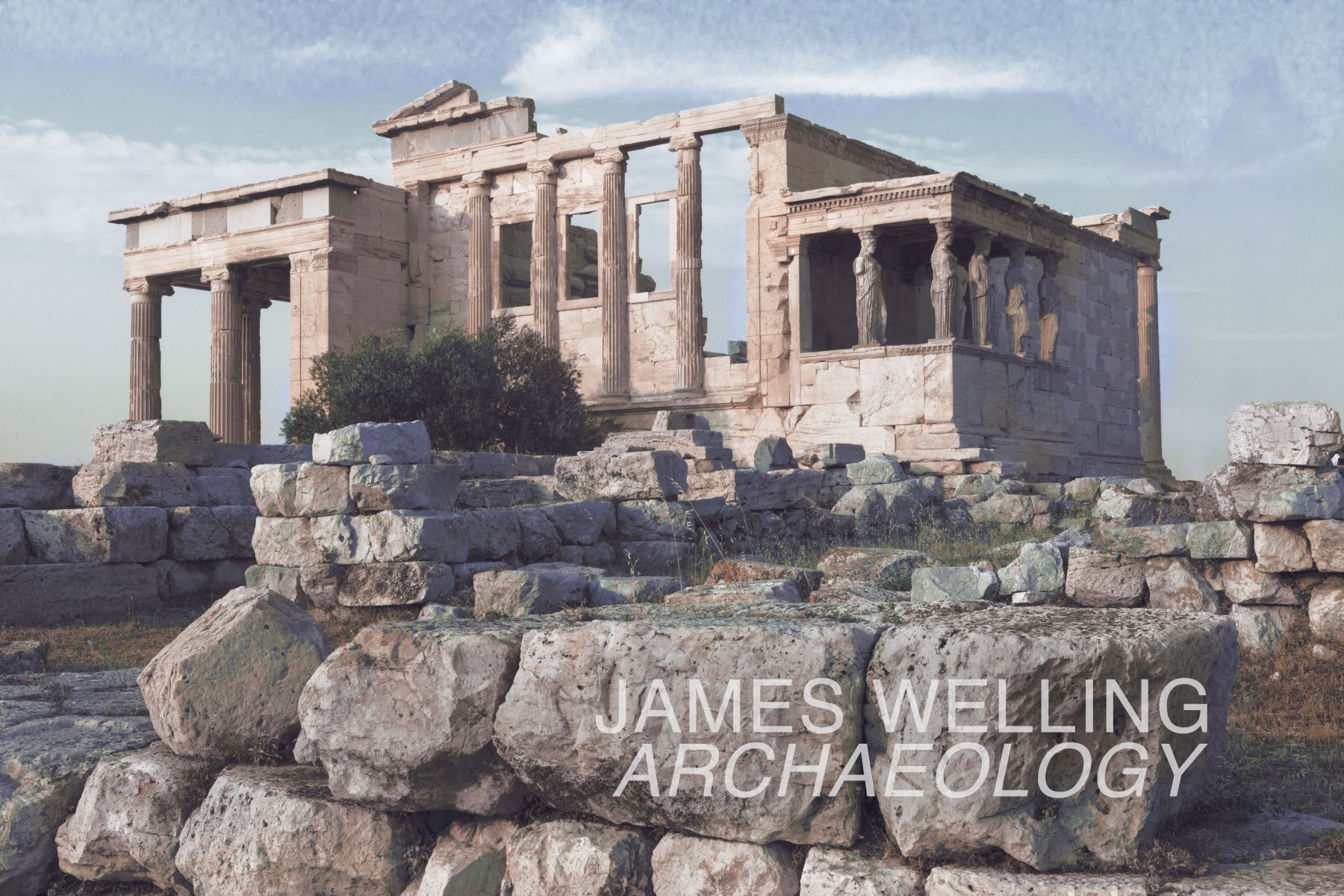 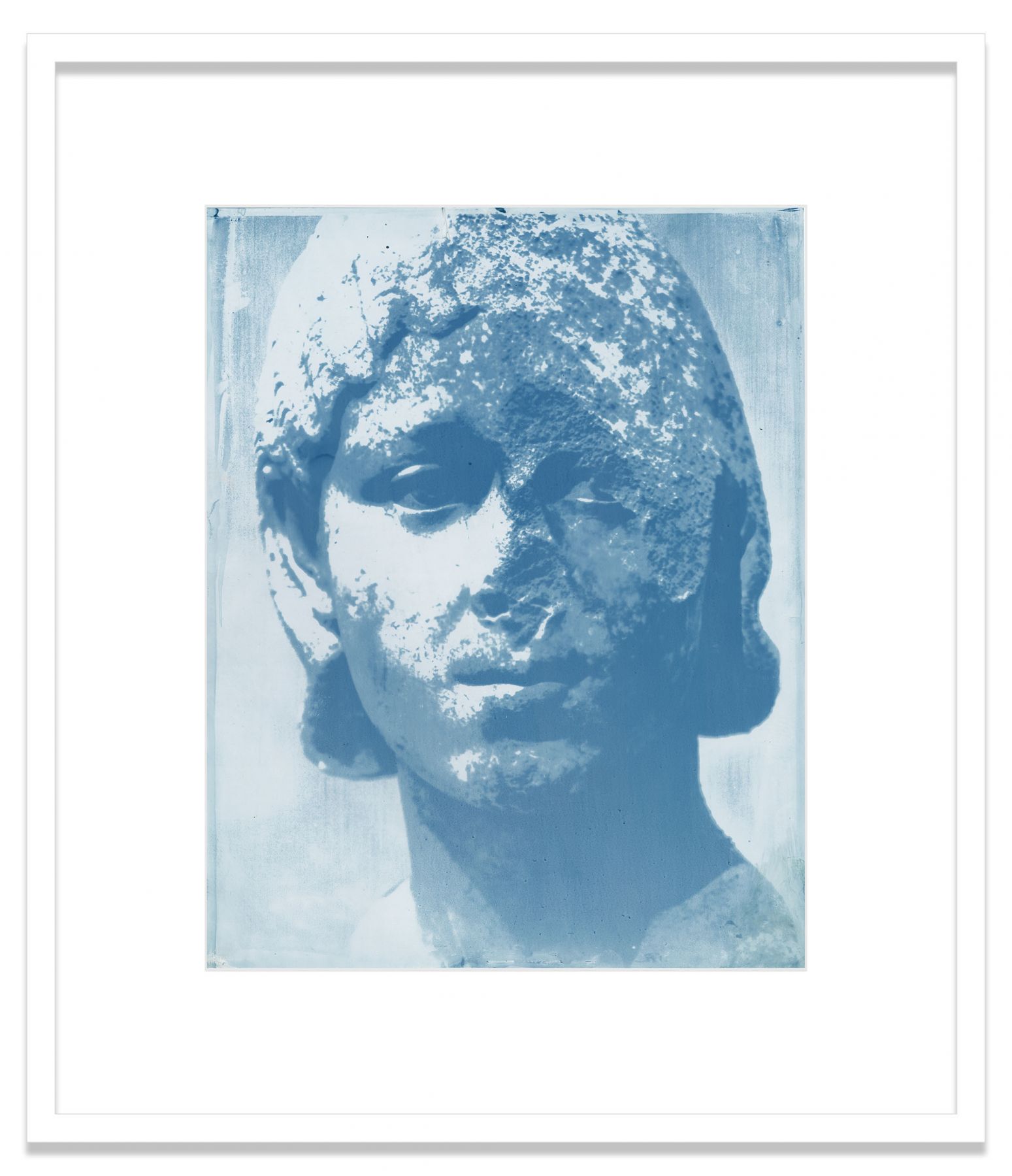 Regen Projects is pleased to present Archaeology, an exclusive online exhibition of new photographs by James Welling. The works in this exhibition reflect Welling's long-standing interest in the history and technological processes of the photographic medium, propelling forth a decades long career driven by relentless experimentation. Through a series of distinct printing processes, Welling employs his findings to create images that revive the ancient world.

In describing the genesis of this project, Welling said, "I first photographed Greek and Roman antiquities on a fateful visit to the Metropolitan Museum in 2018. The most haunting of the photographs I took that day was of a defaced bust of Julia Mamaea, a third-century Syrian noblewoman, the mother and regent of Emperor Alexander Severus. Her face and head had been violently damaged but her eyes still seemed to shine and she appeared to address me directly.

I had been researching early photographic processes for a number of years and I decided to print 'Julia Mamaea' using a modified nineteenth-century printing process, collotype, in which I substituted colored dye for lithographic ink. This technique produced aqueous tints ranging from turquoise to lavender to salmon. I printed over 200 'Julia Mamaeas' from the same negative and due to variables of the process, and the fact that I printed some of them backwards, each image was different. The cumulative effect of these multiple Julias was uncanny. It seemed that her clothing, her gaze, even her gender were fluid, changing dramatically from image to image. 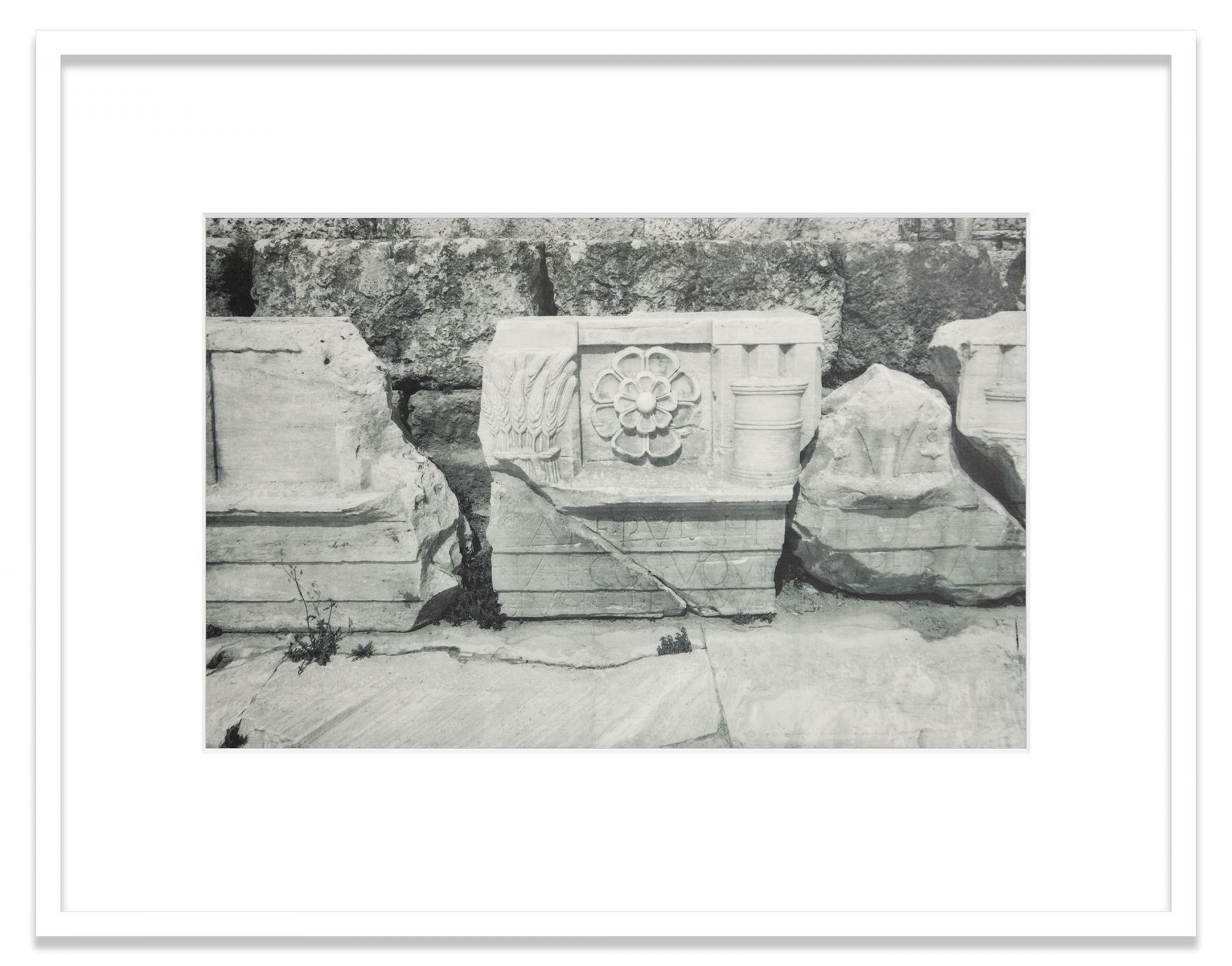 Last summer I visited Athens, where I became fascinated by Greek architecture and sculpture. I took scores of photographs while I was there. When I returned to my studio I adjusted the digital files so that the photographs would mimic black and white nineteenth-century film. The earliest film was not sensitive to blue light and skies were rendered a uniform white while red and yellow tones read darker. In doing this I felt that I was turning photography into a veritable time machine.

I began printing the Athens work as photolithographs. As I ran the plates through my press, I noticed that the richly inked surfaces were more interesting in themselves than the impressions I was getting. So, I began to think of the inked plate as the final work. Initially I printed the Athens work in black and white but I soon began working in color. Like many photographers I came to the medium through books, and these lithographic plates that I am exhibiting recall the intense black and white, and strange color, photogravures found in my first photography books.

'Cento' is what I call this part of Archaeology. A cento is a poem made up of quotations and I think of these photographs of Athenian architecture, sculptures, and objects as articulate fragments of the material culture of Greece. 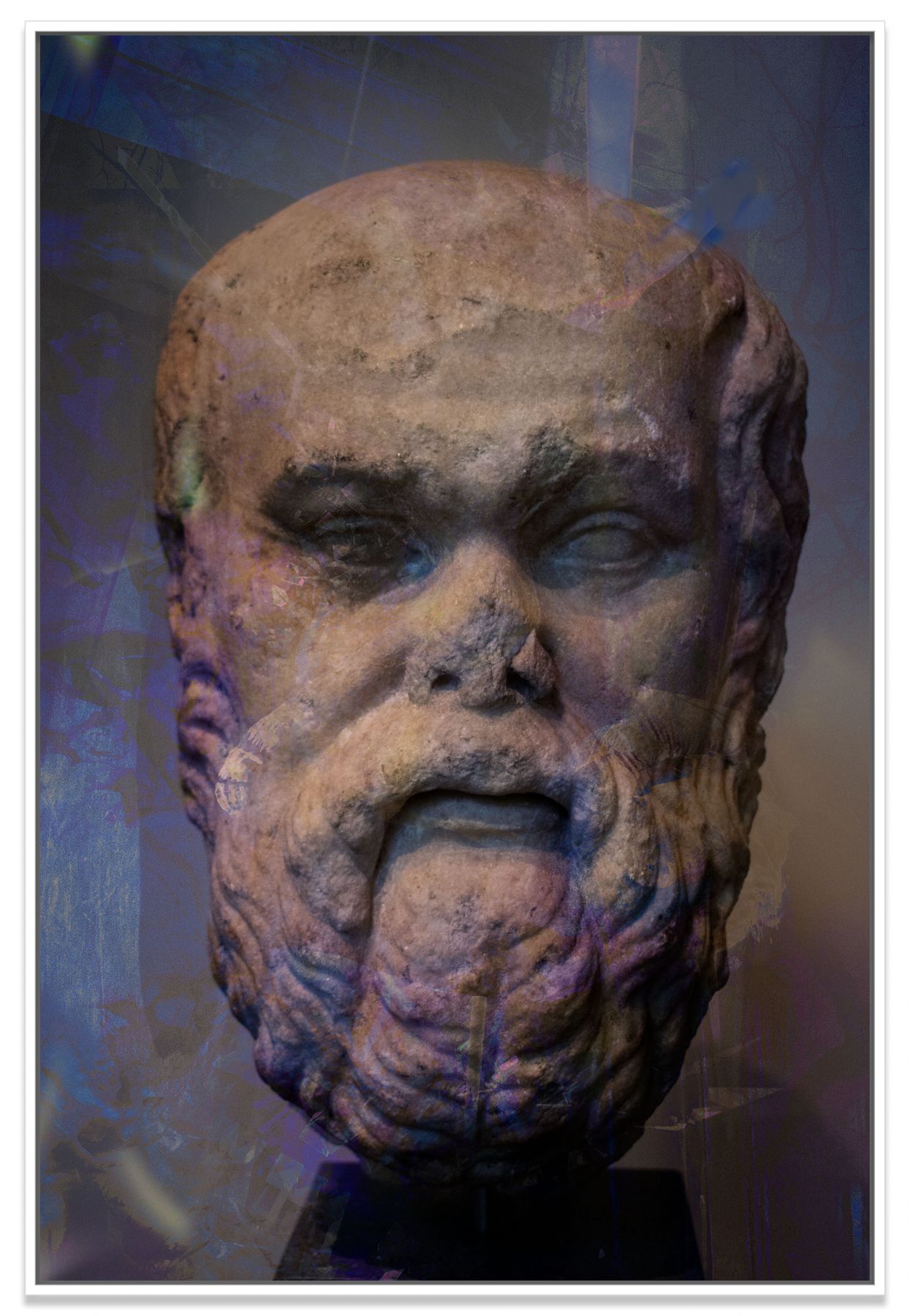 For 'The Earth, the Temple and the Gods,' the third component of Archaeology, I used multilayered digital filters to color photographs of architecture and sculpture. In antiquity, statues and significant buildings were commonly painted using intense hues and covered with gold leaf that emphasized textile, hair and skin. Modern approximations of these objects are jarring; viewers still accustomed to the blanched surfaces of neoclassic art are repelled by the intense polychromy. I was not interested in recovering the precise colors of antiquity with 'The Earth, the Temple and the Gods'; my hope is that the 'unnatural' colors in which I clothe these works, will seep into the ancient stone and take on a life of their own.

This photograph of Socrates is my homage to John Baldessari.

What have I learned in making this work? The brute violence evident on Julia Mamaea’s head and the horrific disfigurements on almost every Greek and Roman sculpture brought me face to face with the history of intolerance that nearly obliterated the science, literature, and philosophy of antiquity. With Archaeology, I am hoping to restore the spirit and vivacity of the ancient world in all its beauty and complexity." 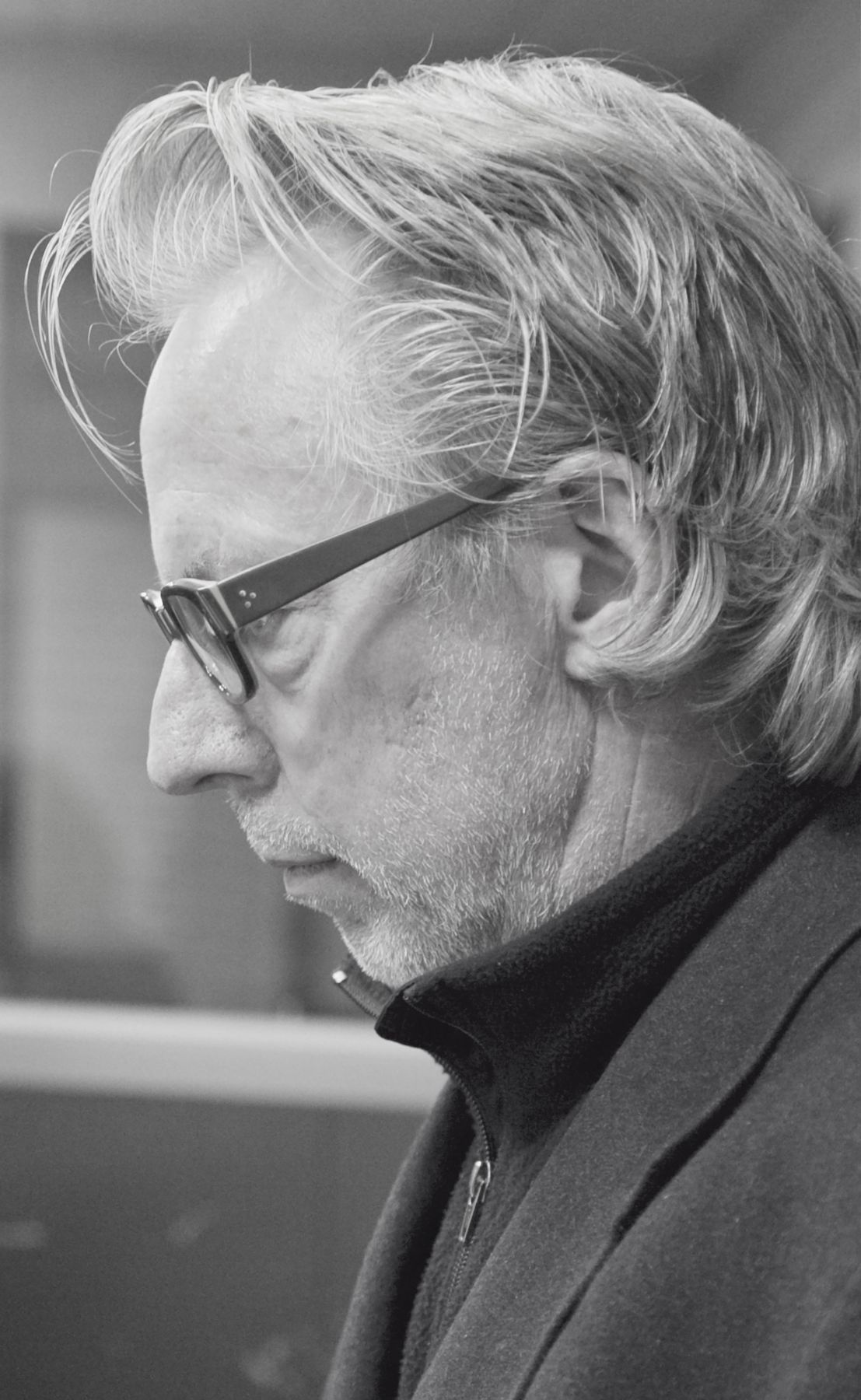 James Welling (b. 1951) studied Fine Art at Carnegie-Mellon University and Modern Dance at the University of Pittsburgh. He received his MFA degree from the California Institute of the Arts in 1974. Over the past 40 years he has lived in New York and Los Angeles, where he was a professor in the Department of Art and Area Head of Photography at the University of California Los Angeles from 1995 – 2016. Since 2012 he has been a Lecturer with the rank of Professor in the Visual Arts Program at the Lewis Center for the Arts, Princeton University.