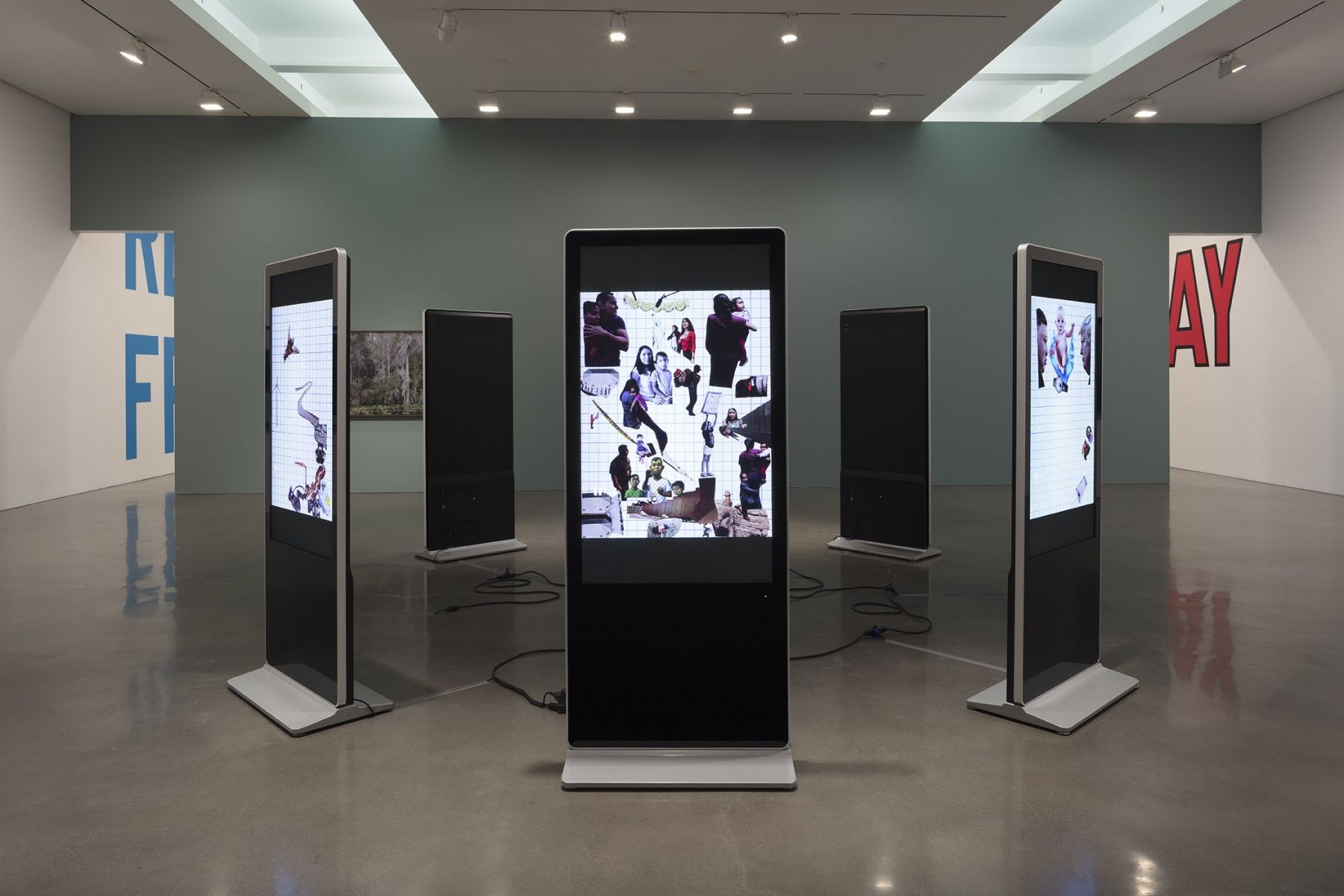 Regen Projects is pleased to debut a new body of work by Los Angeles-based artist Catherine Opie. Titled Rhetorical Landscapes, the exhibition presents a series of animated political collages and landscape photographs. This marks the artist’s tenth solo exhibition at the gallery. 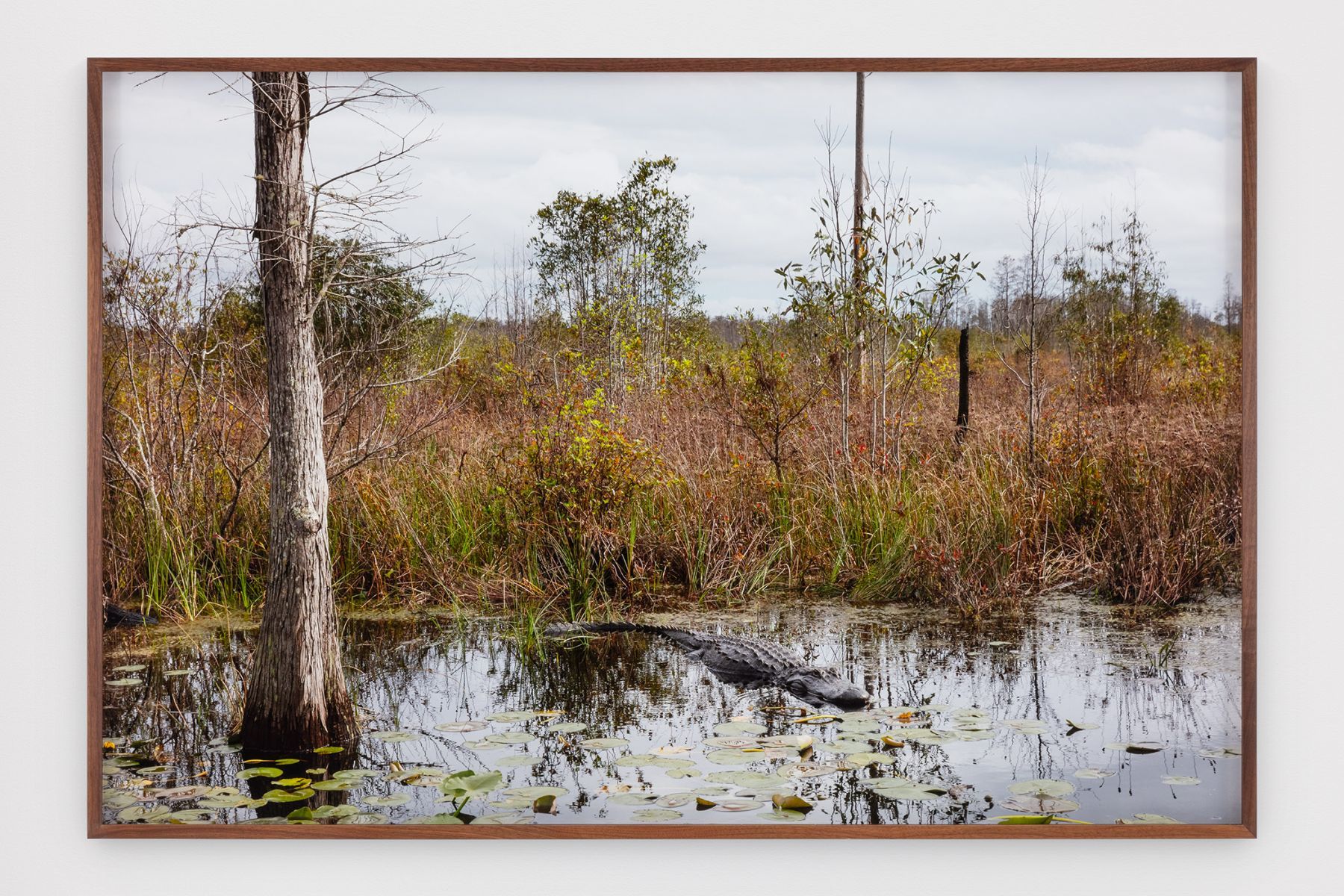 Over the course of her career, Opie has traveled extensively across the American continent documenting its diverse communities of people and the landscapes they inhabit. This new series of photographs turns Opie’s camera to the verdant wilds of the American South, depicting a sort of pause and longing for this particular place in the American imagination. A play on words, the swamps evoke the political metaphor manipulated by Trump, yet they also remain one of the last undeveloped ecosystems facing the effects of climate change and human development. Opie’s swamps image the vulnerability of this contested land awaiting interference, presenting unadulterated views of seemingly uninhabitable terrain that are virtually devoid of human presence.

Rhetorical Landscapes continues Opie’s examination of the current American political landscape and the moving image, a visual technology that she utilized in her first film, The Modernist. In the center of the gallery eight monitors form a closed circle. Life size in height and resembling oversized iPhones, each monitor features a screen that displays an animated film Opie calls “political collages.” Comprised of numerous magazine cuttings culled by Opie over the course of Trump’s reign, each collage represents themes articulated in the news cycle embodying contemporary political issues spanning topical subjects like nationalism, climate change, immigration, gun control, and the diminishment of natural resources. Arranged on hand-painted blue grids that reference modernism with their simplistic structural form, each animation develops over time, slowly building and integrating images until it forms a coherent collage. Although their subject matter communicates a sense of urgency, each collage is imbued with humor that references the political satire of Monty Python, whose films were a sense of inspiration for the artist. 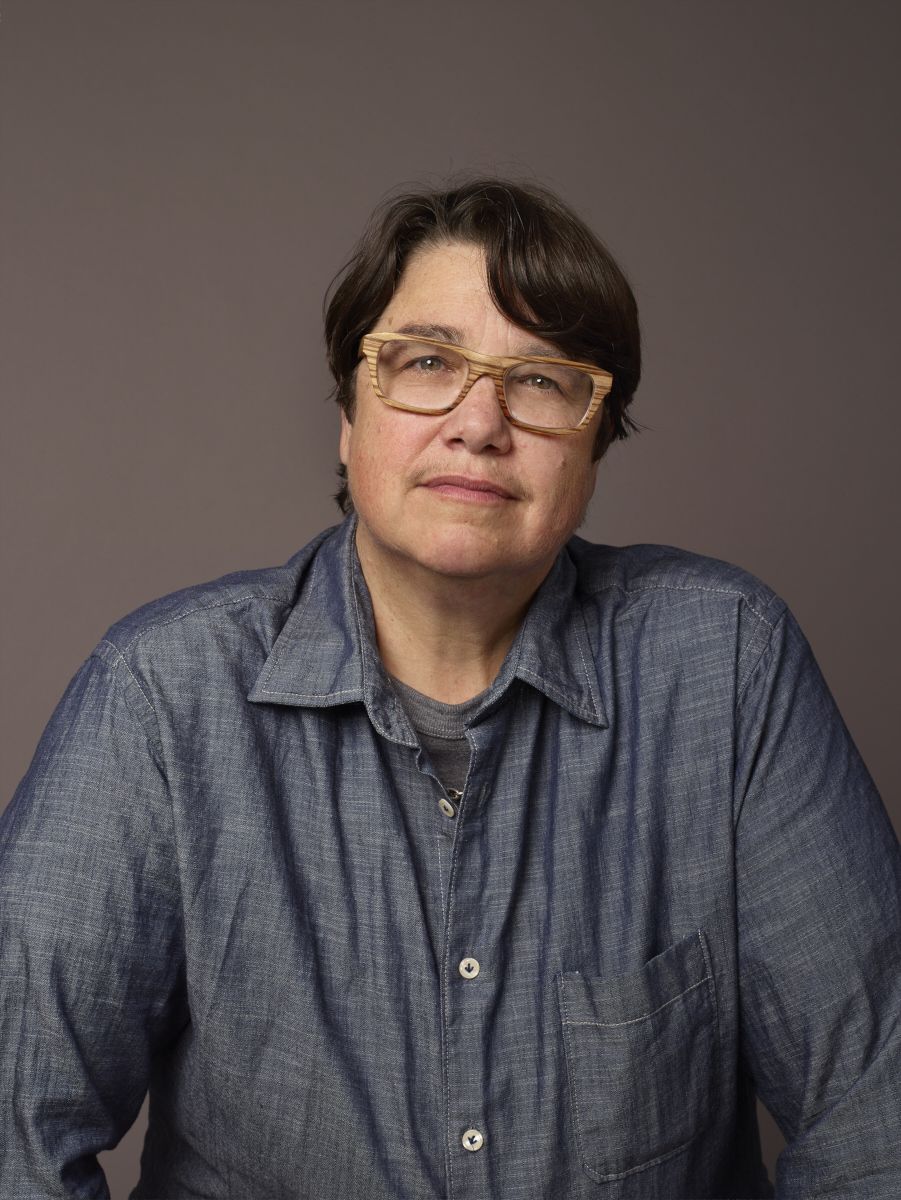 Catherine Opie was born in Sandusky, OH in 1961 and received her BFA from San Francisco Art Institute and an MFA from California Institute of the Arts. She holds the inaugural Lynda and Stewart Resnik Endowed Chair in the department of art at the University of California, Los Angeles, where she has been a professor of photography since 2001.